In October 2003, Pastor Jerry Sharp, Jr. and his wife Nataya Sharp founded Living Word Christian Church (LWCC); after God gave them a mandate to establish a place where children of God can find refuge, and spiritual encouragement.

Pastor Sharp grew up in Garland, Texas and attended South Garland High School, where he excelled in athletics. After graduating high school in 1992, Pastor Sharp accepted a football scholarship to Kansas Wesleyan University, where he received his B.A. in Criminal Justice. It was in Kansas where Pastor Sharp met the love of his life, and now wife Sis. Nataya Sharp. During the course of their marriage God has elevated Pastor and Sis. Sharp both spiritually and naturally. They have two children together, Jalen and JerNaya Sharp.

In 1996, Pastor Sharp accepted Jesus Christ as his Lord and Savior; where he began to transition from going to church to becoming a part of the church at Living Word of Christ Christian Center in Salina, Kansas.

Pastor Sharp is not only a man in authority, but a man under authority. In 1997, he sat under the leadership of his spiritual father, father-in-law, and current Bishop Dr. Clarence Williams, Jr. of Living Word International Ministries. This was a pivotal point in Pastor Sharp’s life, where he began to receive direction concerning his ministry.

After relocating to the Garland area, Pastor Sharp accepted his call to the ministry on January 3, 2000 at Praise Temple Christian Fellowship Church. During his time at Praise Temple C.F.C, Pastor Sharp took notice of God working quickly in his life. He was ordained an Elder, became a youth Pastor, and was part of the staff as he served under Pastor Donnie R. Young. 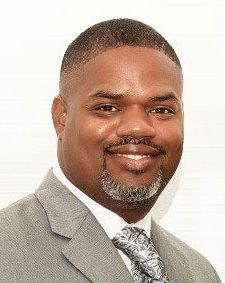